F1B mini Goldendoodles are some of the cutest dogs out there! The biggest barrier to a lot of people from owning one is just figuring out what exactly those weird words mean.

Now that we understand what the terminology means, let’s take a more detailed look at what an F1B Goldendoodle actually is and some of their special needs.

The reason that the name F1B Goldendoodle is so incomprehensible is that it is derived from breeding lingo that the general public doesn’t often use.

Starting with the F, which represents generations and stands for the word filial, we can already expect most laypeople to be confused. Usually, the F and the immediately preceding number represent the number of generations that have passed since the purebred progenitors.

F1 usually implies that both of the dog’s parents were some kind of purebred. F1s are usually 50/50, but there are some exceptions to this. One of these exceptions is when the F1 is followed by a B, which stands for Backcross.

An F1B is a dog whose parents are one F1 cross and one purebred. This produces a 75/25 split. In the case of an F1B Goldendoodle, this is almost always a 75% poodle split because of the poodle’s hypoallergenic qualities.

The reason for this complicated terminology is to help breeders keep better track of what qualities a dog’s offspring are likely to have based on what genes they’re likely to have inherited from their parents.

This system is really only used for dogs with known origins, as without knowing a dog’s parents it would be pure guesswork as to what the dog’s pedigree might be.

What Is a Mini F1B Goldendoodle?

They have a more poodle-like coat than do their mixed parents, with long curly hair that comes in all sorts of colors from golden blond to dark red.

They have a tremendous amount of energy, as both poodles and golden retrievers are working dogs. While this can be a challenge for some dog owners, it can be a lot of fun for families with kids that want someone to play with. They also have hypoallergenic properties, which makes them perfect for people who have mild to severe dog allergies.

On the other hand, the increased amount of poodle in their pedigree makes it more likely that they’ll inherit genetic defects from their parents than if they were a straight 50/50 mix. This makes it all the more important to source your F1B Mini Goldendoodles from a reliable breeder who can prove that the dog’s parents were both healthy.

As an owner, it’ll be your responsibility to make sure that your pup gets the cleaning it deserves since matted fur can be a serious problem for the dog if things are allowed to get bad.

F1 Goldendoodles actually don’t share this problem, as they tend to have shorter straighter hair that doesn’t need quite as much grooming. However, F1 Goldendoodles are much less consistent across individuals than F1B Goldendoodles because of the higher variety of genetic material in the 50/50 mix.

The second big special need that F1B Goldendoodles have is a result of their large amount of energy. All Goldendoodles need daily exercise to prevent them from getting too bored along with a suite of things to do during the day to keep them entertained. Without sufficient stimulation, Goldendoodles have a strong tendency to get into trouble.

In order to keep this at bay, the first thing you’ll need to do is schedule off a couple of hours each day to spend with your dog to make sure they get some kind of exercise.

This exercise can be walking, jogging, playing, or any number of other activities. You’ll also need to make sure that your dog has plenty of toys to play with, although for toys that they might accidentally take apart and eat, you’ll need to make sure they can’t get to them without supervision, as if they do eat them, there can be serious health repercussions.

Another thing that you’ll need to do for your Goldendoodle is give them plenty of companionship. Goldendoodles get lonely very easily, so you will need to keep them in your home and rarely leave them outside. Fortunately, Goldendoodles are impossible not to love, so it should be easy for you to show them enough affection.

As for health problems, they can inherit health issues from either poodles or golden retrievers, although F1B Goldendoodles tend to be much more likely to inherit poodle problems, as they are mostly poodle.

Common issues include hip dysplasia, sebaceous a densities (which is a skin disease,) subvalvular aortic stenosis (a heart disease,) and various eye problems such as glaucoma, cataracts, and progressive retinal atrophy.

They’re also fairly vulnerable to ear infections. You can mitigate the risks of this by keeping their ears clean and dry, especially after they go swimming or play out in the rain.

All of these problems may seem like they could make it a lot of work to keep an F1B Goldendoodle, but honestly, if you’ve seen even just a picture of one of them, you know that it’s one hundred percent worth it, just like it is with any other dog. 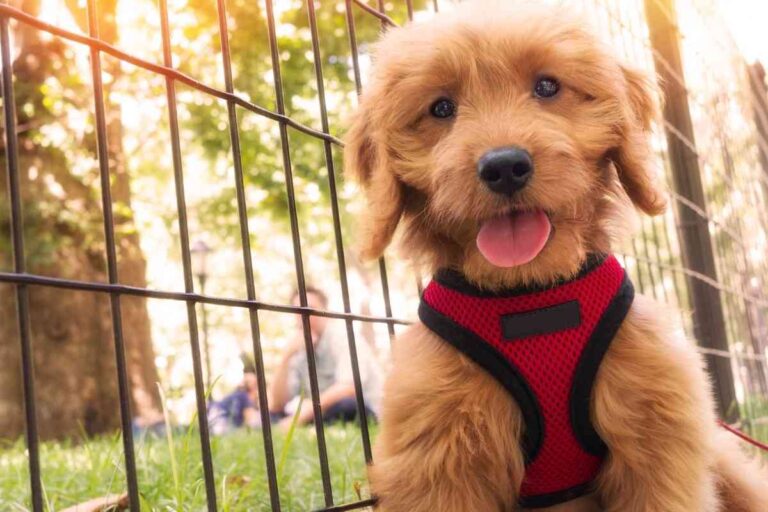 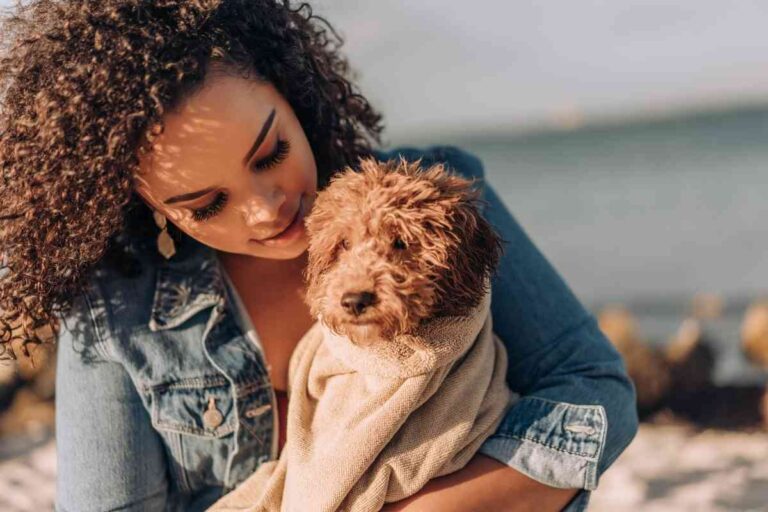 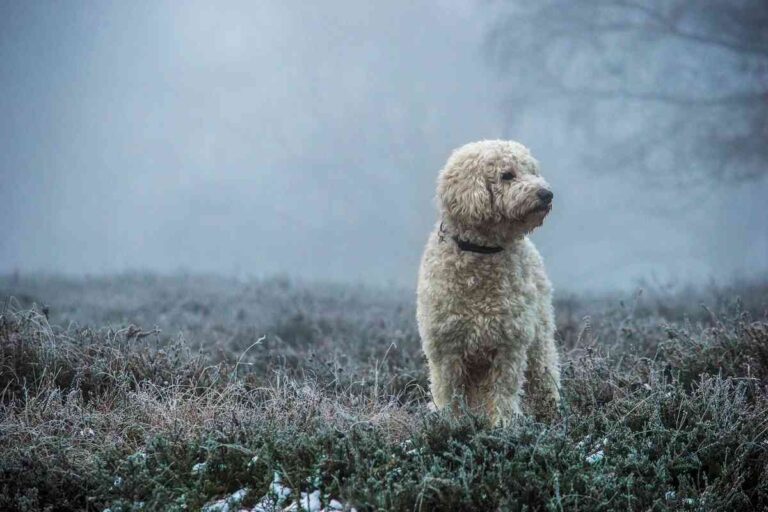 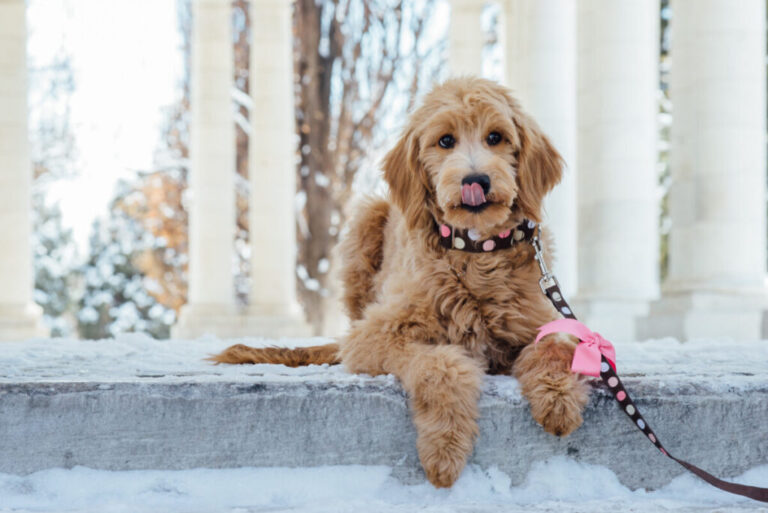 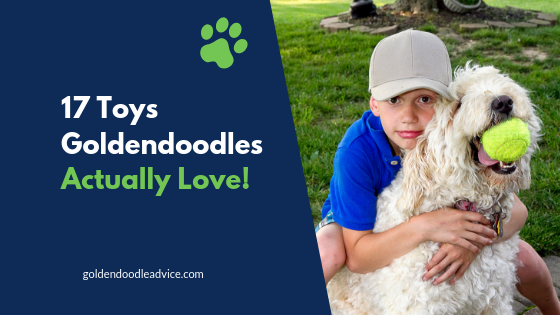 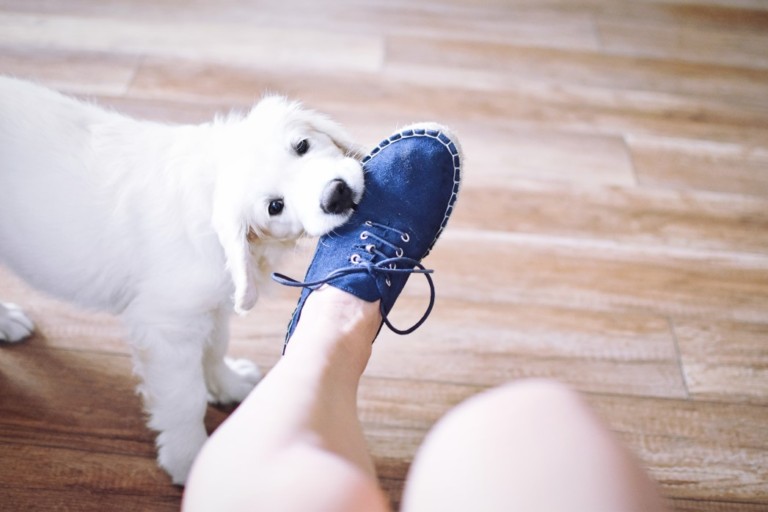