Is there anything cuter than a Goldendoodle puppy? Not much. They’re a rumble-tumble fluffball just full of personality.

Sadly, Goldendoodles don’t stay puppies forever. It’s not all bad news, though – as cute as puppies are, it’s also nice to have an adult dog who understands the rules and won’t chew up your favorite pair of shoes. So, let’s talk about the milestones of Goldendoodles so you know when your puppy will become an adult and then a senior.

How Long Do Goldendoodles Stay Puppies?

How long do Goldendoodles stay puppies? In general, Goldendoodles are considered puppies until they’re about a year old. That’s the average age for Goldendoodles to reach their adult height, and it’s also the age that dogs start to calm down a little bit and lose their puppy energy.

When Should I Switch My Goldendoodle from to Adult Food?

Puppies need different levels of nutrients than adult dogs. This is especially true for Standard Goldendoodles since large breed dogs are more prone to developing bone and joint issues if they grow too quickly or without the right nutrients. While some dog foods say they’re appropriate for “all life stages,” it’s usually better to feed your Goldendoodle food designed for puppies until they’ve stopped growing.

In general, you should feed your Goldendoodle puppy food until they’re about a year old, then gradually transition them to adult food. If you have a Standard Goldendoodle, you might stick with until they’re a year and a half or two years old. When in doubt, ask your vet.

Just remember to transition your Goldendoodle from to adult food slowly to avoid an upset stomach. Add a little of the new food to your puppy’s current diet, and each day use more of the new food and less of the old food.

How Big Do Goldendoodles Get?

Your Goldendoodle puppy may be cute and tiny now, but how big will they grow to be? That depends on how big their parents were.

Mini Goldendoodles are a mix between a Golden Retriever and a Miniature or Toy Poodle, or they can be a Standard or Mini Goldendoodle crossed with a Toy or Miniature Poodle. They will typically weigh between 35 and 50 pounds when fully grown.

Toy Goldendoodles are usually a cross between a Mini Goldendoodle and a Toy Poodle and weigh less than 35 pounds. Your puppy will likely grow to a size somewhere between their parents’ weights. Ask the breeder how much each parent dog weighs to get an idea of what to expect.

Do Goldendoodles Have Growth Spurts?

Goldendoodle puppies do a ton of growing for the first 6 months to a year of their lives. All that growth can definitely happen in spurts. Growth spurts are more noticeable in Standard Goldendoodle because they have more growing to do than Mini or Toy Goldendoodles.

One reason that puppies sleep so much (18-20 hours per day!) is that their body and brain need a lot of rest to sustain their growth.

All Goldendoodle puppies go through 7 different growth stages from birth until they’re about 2 years old. Let’s look closer at those growth stages, so you have a better idea of what to expect as your Goldendoodle grows.

At 3 weeks, your Goldendoodle puppy was finally aware of and interacting with the world. They were learning to crawl, bark, and play with their littermates.

During this period, your puppy was growing stronger and interacting with the world more. Your puppy’s mom started teaching basic banners and weaned your puppy by the end of this stage.

This stage is crucial for learning bite inhibition. When a puppy bites one of their littermates too hard, the other puppy will yelp and stop playing. That teaches your puppy not to bite too hard, and it’s why your puppy should have been at least 8 weeks old before you brought them home.

By the end of stage 2, Goldendoodle puppies can eat , bark, run, wag their tail, and be left alone for a little while. Puppies should also receive their first vaccinations and be dewormed by the time they’re 6 to 7 weeks old.

Stage 3 is a crucial stage for learning. Your puppy will learn more than you could expect.

However, they will also start to develop fear at some point in this stage. That’s why it’s crucial to introduce your puppy to as many things a possible in as safe and unthreatening a manner as possible.

Puppy classes, socialization, and training basic commands are all crucial during this stage.

During this stage, Goldendoodle puppies start teething and pushing boundaries. You’ll probably find yourself saying “No” a lot during this stage! Just remember to be gentle – harsh words or punishments can cause your puppy to fear you. It’s your job to gently show your puppy what you expect of them.

Your Goldendoodle should reach full developmental and sexual maturity between 1 and 2 years of age. Once your Goldendoodle is fully grown, you can switch them to adult food and increase the intensity of their exercise with less risk of damaging growing bones and joints.

How Do I Calm my Goldendoodle Puppy Down?

Goldendoodle puppies have LOTS of energy. However, it’s not good for their joints to let them run off-leash very much or go for long hikes. So, what can you do? As a puppy, the best way to help your Goldendoodle burn energy is to play with them. This has the added bonus of being great bonding for you and your puppy.

Goldendoodles tend to be very intelligent (Poodles are the second-smartest dog breed, and Golden Retrievers aren’t far behind). So, you should make sure to engage your puppy’s brain as much as possible. Puzzle toys are a great way to help your puppy burn energy while using their mind.

How Long Do Goldendoodles Live?

As your Goldendoodle reaches their senior years, you will want to switch them from adult dog food to senior dog food. That’s because senior dogs tend to have less energy and burn fewer calories, so they need lower-calorie food to avoid becoming overweight.

Whether you’re dreading the disappearance of your adorable puppy as they turn into an adult or you can’t wait from them to grow out of their puppy shenanigans, you can count on your puppy becoming an adult when they’re around a  year old.

Mini and Toy Goldendoodles will reach adult size by the time they’re a year old, while Standard Goldendoodles may continue to grow until they’re about 18 months old.

How Long Do Goldendoodles Stay Puppies? 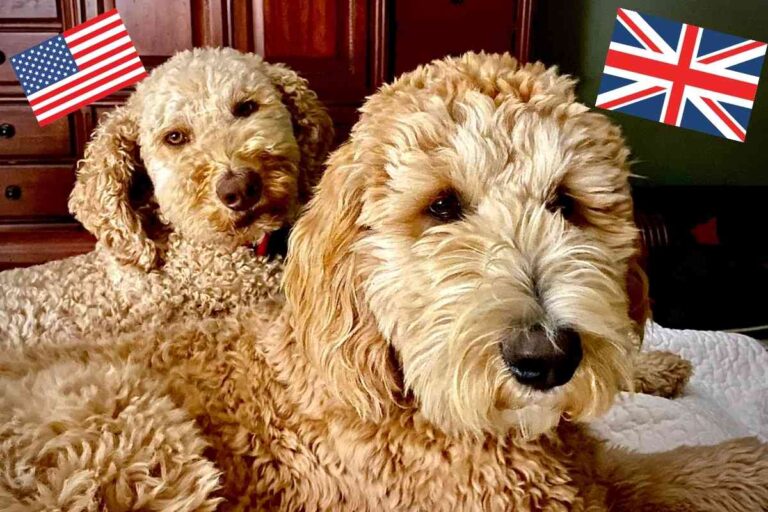 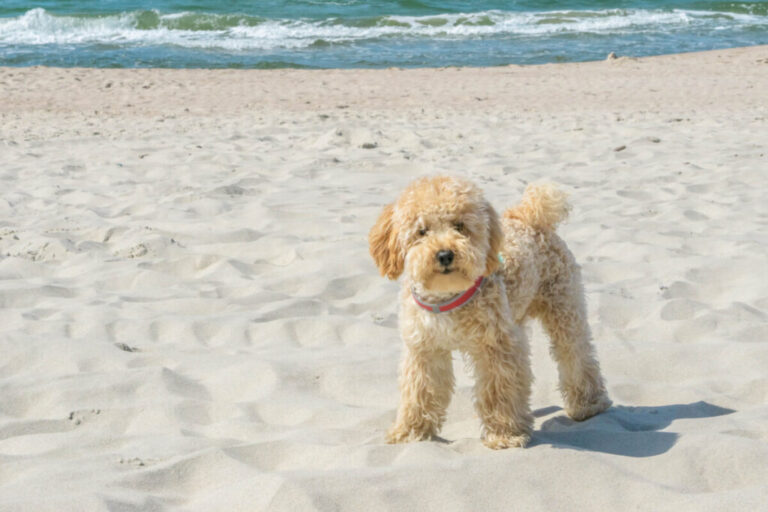 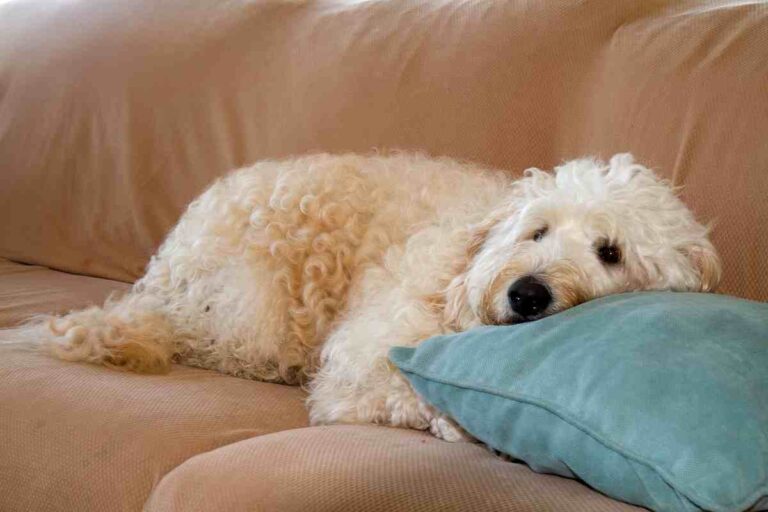 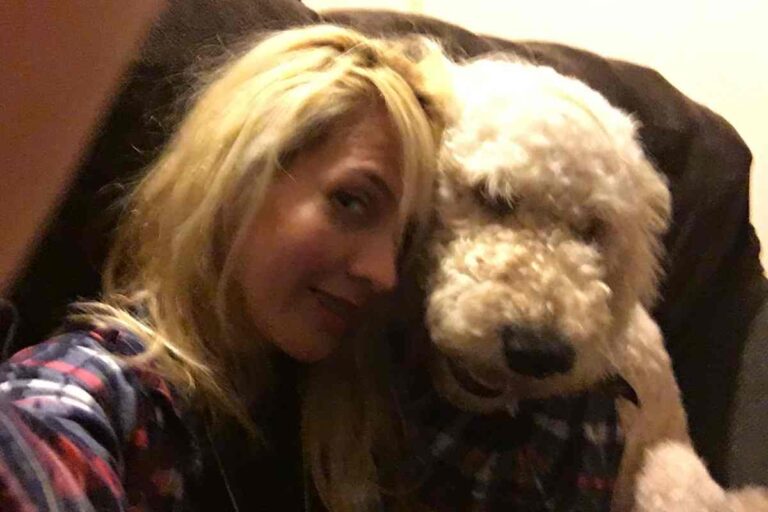 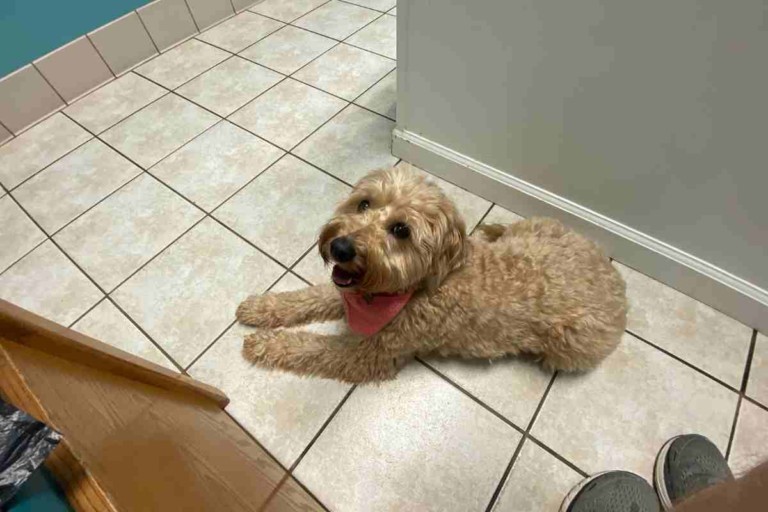 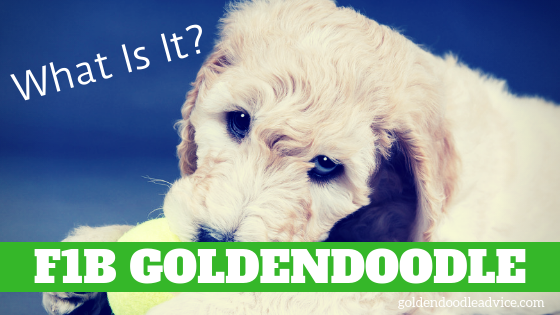