Are you a dog enthusiast and wondering what is a Moyen Goldendoodle? “Moyen” is a French word that means “middle.” Moyen Goldendoodle is a medium-sized dog. Many owners regard the Moyen Goldendoodle as the ideal choice between the standard- and small-sized Goldendoodle. These types of Doodles tend to be more sought after than their more common equivalents, which might lead to a higher demand for them.

What is a Moyen Goldendoodle?

Moyen Goldendoodles are a crossbreed of Golden Retrievers and Moyen poodles. It is typical for a Moyen Goldendoodle to weigh between 20-30 pounds. They are known for their affectionate nature.

We’ve spoken with several vets who are experts on this unique breed, and as a result of our extensive investigation, we believe we can help you learn about this new and intriguing breed.

However, demand for them is rising as they have proven to be excellent service dogs and companions, and their popularity is expected to continue.

The first of these puppies were bred in the 1990s when Labradoodles and Cockapoos became popular. Breeders wanted to create a giant Doodle that was also easy to care for.

They wanted a breed with reduced shedding and dander. They also aimed to create a dog with a friendly disposition, high intelligence, and a high level of trainability.

As previously stated, they’re considered a new breed of designer dog. First-generation breeding means that the Goldendoodle puppy is still a product of the first generation.

As a result, breeding Goldendoodles is a little more complicated. Despite its widespread popularity, there is no official registry or club for this breed.

However, there are networks of Goldendoodle owners that share a fondness for the species. Many anticipate that this breed will become the most well-liked Doodle.

What Is a Moyen Goldendoodle?

The Goldendoodles can be categorized by their weight and height. There are three standard sizes: small, medium, and large.

Their average height and weight range from 12 to 20 inches and 15 to 35 pounds, respectively. The large Goldendoodle or typical-sized Goldendoodle, which stands around 20-24 inches tall and weighs between 50 and 90 pounds, is on the other extreme end of the range.

The French term “Moyen,” which translates to “medium,” is the origin of the name of the small Goldendoodle or the Moyen Goldendoodle. It’s used in France to describe medium-sized Poodles.

It’s just “Kins” in Europe for those sizes. The Moyen Goldendoodle, as previously said, falls somewhere in the middle of the standard and miniature Goldendoodle sizes.

The Goldendoodle, on the other hand, is not a mix of the smaller and larger Goldendoodle breeds. Breeders and owners of Moyen Goldendoodles have noted that they have a smaller girth than Standard Goldendoodles.

As a result, while producing a Moyen Goldendoodle, the size of the Golden Retriever is equally critical.

What Is the Origin of Moyen Goldendoodle?

The Poodle branch of the Goldendoodle family gave origin to the word Moyen. Toy, Miniature, and Standard Poodles are the only certified pure breeds.

However, the range of heights and weights from Miniature to Standard is rather vast. In response, some breeders started to concentrate on producing Poodles that were somewhere in the center.

To have a medium-sized offspring, this wasn’t only a matter of a miniature and standard being crossed. Despite its tiny stature, the Miniature Poodle is recommended as a domestic dog since it is sturdier than the original Mini yet doesn’t take up as much room.

Moyen Goldendoodles: How Much Do They Bark?

In general, Goldendoodles are noted for their calm demeanor and aren’t overly vocal. Moyen Goldendoodles are considered to be a good breed to be kept as pets, and they are not a problem or a concern to your neighbors.

If they want to let you know about anything or signal that they wish to play, they will, of course, bark.

Moyen Goldendoodles are a hybrid between a Poodle and a Golden Retriever; their personalities are somewhere in the middle.

Medium Goldendoodles are great companions, therapy, and service dogs because of their Poodle intelligence and Golden Retriever docility.

The Moyen Goldendoodle is a sure bet when it comes to adorability. They are amiable, energetic, and amusing.

A medium Goldendoodle is a fantastic family dog because of its calm temperament and lack of aggressive tendencies.

The mini Goldendoodles are a great option if you’re looking for a dog that doesn’t mind getting a lot of attention. One of their most charming characteristics is their ability to show affection to others.

Medium Goldendoodles are a lot of fun around the house, and they’ll do their best to keep up with you. Scratching their necks while reclining on the couch or lying around the bed is something they’ll happily do with their human relatives.

This is because the Poodle gene has changed from generation to generation. As a result, certain Moyen Goldendoodles will look more like Poodles and have a low-shedding quality similar to that of the Poodle.

Round skulls are typical characteristics of Moyen Goldendoodles with oval-shaped and large eyes. Depending on the Poodle gene’s prominence, the coat is thick and can be straight, wavy, or curly.

A Goldendoodle’s primary coloration might stem from any of its parents. They come in various colors: red, white, brown, black, and apricot.

Problems with the Health of the Goldendoodle Moyen

It is best to check the breeder before adopting or buying this dog. You should consider its parents’ health as well before you bring this dog home.

It’s also important to know the potential health problems of this dog. Moyen Goldendoodles may be subject to the following health issues:

Atrophy of the Retina

Crossbreed dogs are more susceptible to progressive retinal atrophy than purebred canines. The deterioration of photoreceptor cells results from a degenerative health problem.

As the condition advances, it will cause complete or partial blindness. Detection of this condition might be difficult. However, visits to the veterinarian may be able to help the owner spot it.

The dog may have this illness if it keeps stumbling into items in the dark. In such a case, it’s best to visit the veterinarian to have them rule it out or treat the problem if it is already present.

Hip dysplasia is a prevalent problem in dogs of medium to large size. The socket and ball of the hip are affected by the disorder.

The ball and socket in a pet Moyen Goldendoodle hip joint will be misaligned if they get this ailment. It will be more difficult for the dog or cat to sprint and jump.

If a dog is elderly, it may be challenging for it to get around on its own. The dog may also suffer from arthritic symptoms as a result of this. 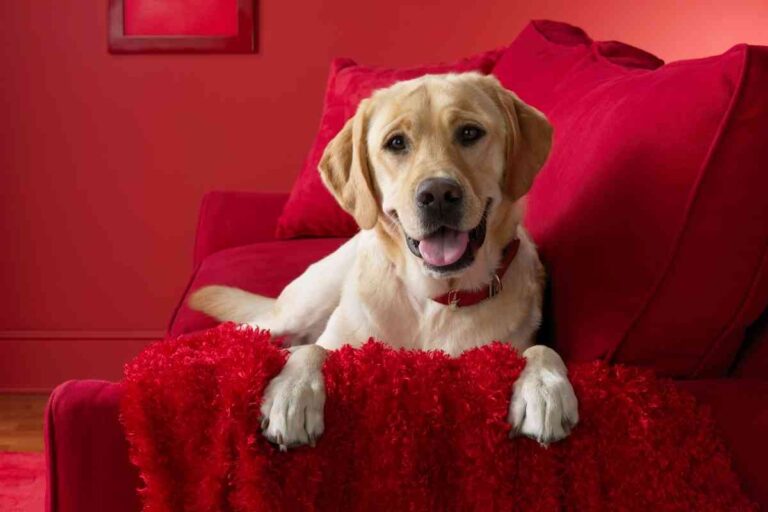