Mini Goldendoodles are all the rage these days, sweeping the country with their cuteness. But how much do they cost? If money is an issue for you, you may want to hold off on getting one of these puppies.

While the average starting price for a standard Goldendoodle is $1,500, a mini Goldendoodle’s average price is closer to $2,900, with several other contributing factors to consider. Attributes that will raise the price higher include size, color, breeder information, and genetics.

In this article, we’ll discuss the cost of a mini Goldendoodle and all the factors that can contribute to its cost.

Though they aren’t recognized as a pure breed by the American Kennel Club or the American Canine Association, Goldendoodles are one of the most sought-after dogs in America, and to top it all off, one of the priciest. Even though they’re this popular, breeders aren’t pushing to get more puppies- they’re just raising the price as the demand gets higher.

Why are these darling dogs so expensive? One of the biggest pulls to this breed is that they’re allergy-friendly, meaning that people with minor dog allergies can have one without dealing with constant allergy flare-ups. That said, they’re not 100% hypoallergenic, but because they don’t shed, Goldendoodles have lots going for them.

Other factors that can contribute to the price of Goldendoodles are their size, gender, coat color, coat type, breeder reputation, and location. In general, though, mini Goldendoodle puppies come to an average price of $2,900 (and this statistic is from actual owners, not a breeder).

There are lots of sizes of Goldendoodles, but they can be divided easily into two categories: standard and mini. Standard Goldendoodles are generally cheaper than minis because they’re so much easier to breed than mini Goldendoodles are. Their average price, though it starts at $1,500, is usually more like $2,100, and it can range to much more than that.

Mini Goldendoodles, however, are a whole other ball game. A true mini Goldendoodle averages in price at about $2,900, but the mini category ranges from mini to toy-sized and teacup to micro. As these dogs get smaller, their price gets higher. These little guys can range anywhere from $3,000 to $5,000 or more, depending on their color, genetics, and more. Know that the smaller the dog, the more likely you are to run into health problems and have to pay even more.

Gender is another contributing factor to the price of your Goldendoodle. As with all dog breeds, female dogs will cost more than males because they have the potential to have puppies.

You may think that the coat color of mini Goldendoodles is found in the name, and while you’re right, gold isn’t the only color that can be found on these beautiful dogs. Goldendoodles can also be found in apricot, black, grey, cream, and red. Additionally, they can be found in multiple colors, although this is extremely rare.

Keep in mind that the rarer the color (or combination of colors), the higher the price will be. As a general rule, you should expect to pay $3,000-$5,000 or more for a multicolored mini Goldendoodle. Even solid colors, if they’re rare, will tack on $1,000 or more to the already high price of a mini Goldendoodle.

Goldendoodles also have the potential to have straight, wavy, or curly coats. Generally, Goldendoodles with curly coats will be the most expensive, because they are the least likely to shed, and therefore are the most hypoallergenic.

The generation of a mini Goldendoodle will also be important in determining the price. F1B, F1BB, F2B, and F2BB Goldendoodles are more expensive because they have more Poodle genetics in their veins. This leads to a greater tendency to have curly coats, which affect how much the dog sheds, and how hypoallergenic it is.

Keep in mind that these rules aren’t hard and fast, you can have a dark-coated English Goldendoodle or a large American Goldendoodle. It all depends on the dog’s parentage.

The location that you find your mini Goldendoodle in is also very important. Believe it or not, puppies from a California breeder and a breeder in the Midwest can differ in price by $500 or more.

The better the breeder’s reputation, the more they’ll charge for one of their mini Goldendoodle puppies. The same goes for breeders with champion dogs: their puppies will be very expensive. However, with a breeder’s good reputation comes insurance that your puppy will be brought up correctly and in the best possible way, so the extra money is most likely worth it because it could spare you from gigantic medical bills later.

Speaking of gigantic medical bills, you may be meeting those if you purchase a puppy from a puppy mill. These do not take very good care of their puppies, and a puppy purchased from one will most likely not be as healthy as it should be. Don’t let the lower price fool you- the discount will definitely be made up for in your dog’s later years.

There is also the option of adopting when you’re discussing getting a dog. It’s cheaper, but they will usually tack on $300-$500 in adoption fees, and you won’t know exactly what you’re getting in terms of health. Adopting a mini Goldendoodle is going to be tricky because they’re in such high demand. Occasionally, though, you may find one that you can save and give a forever home to. 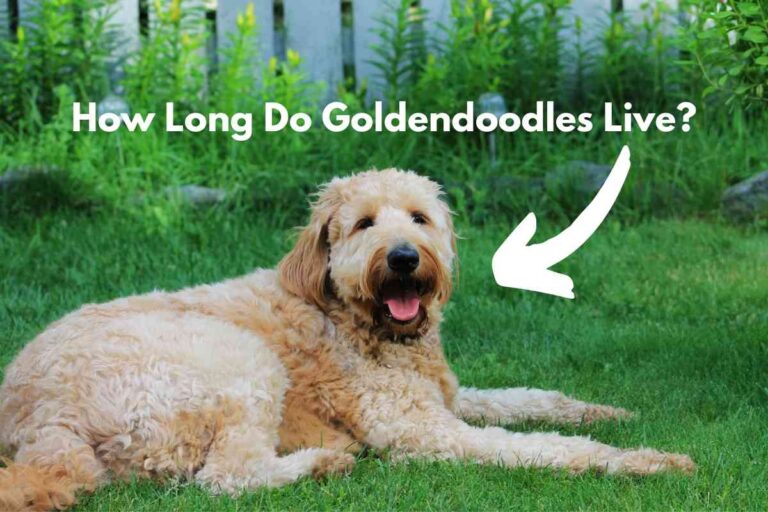 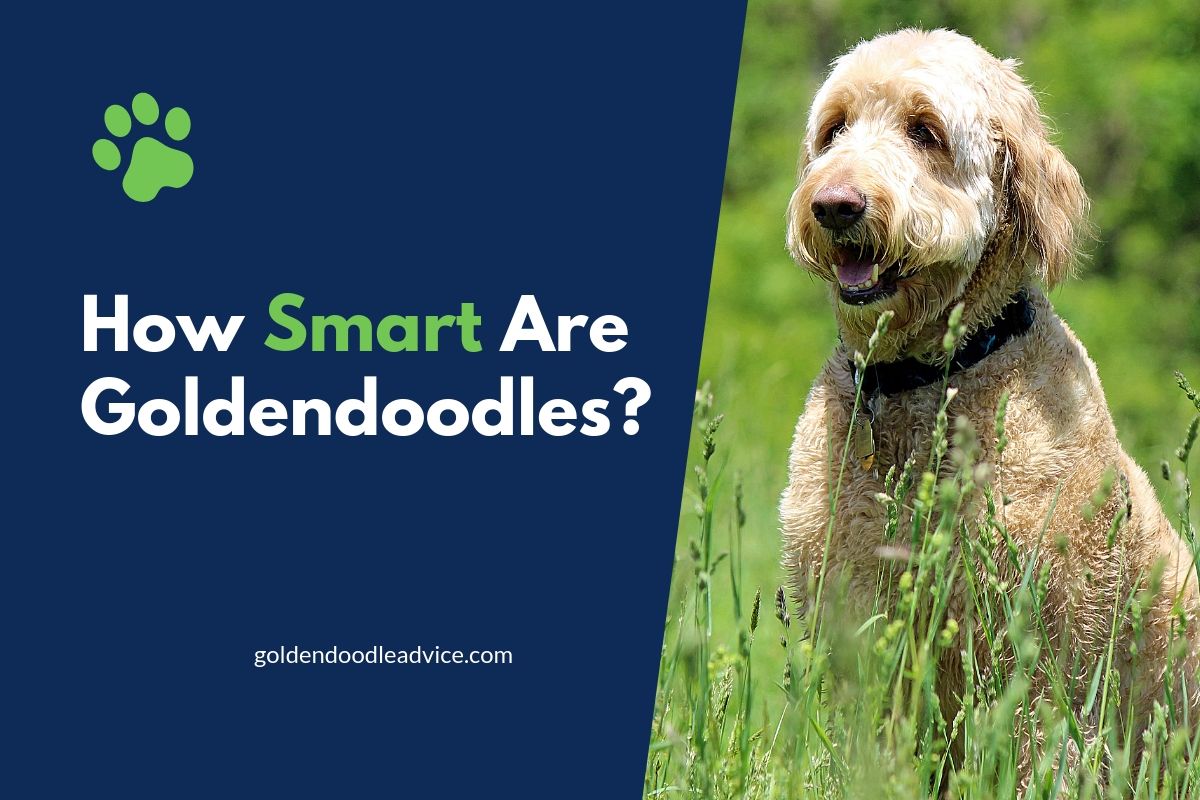 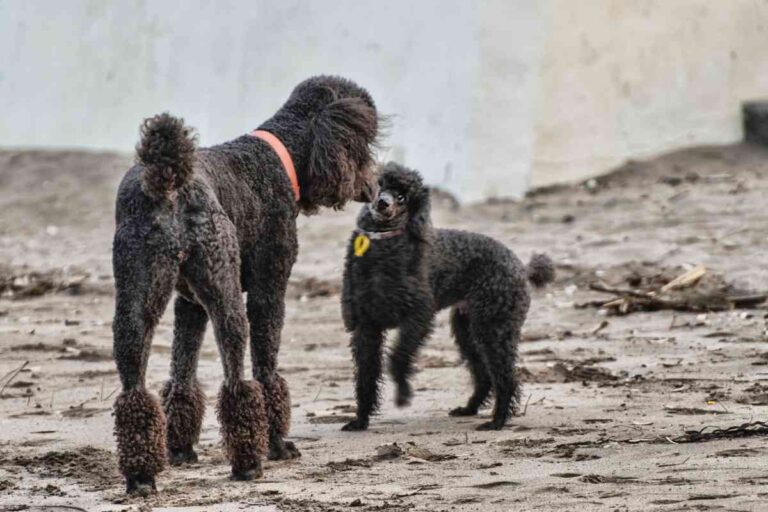 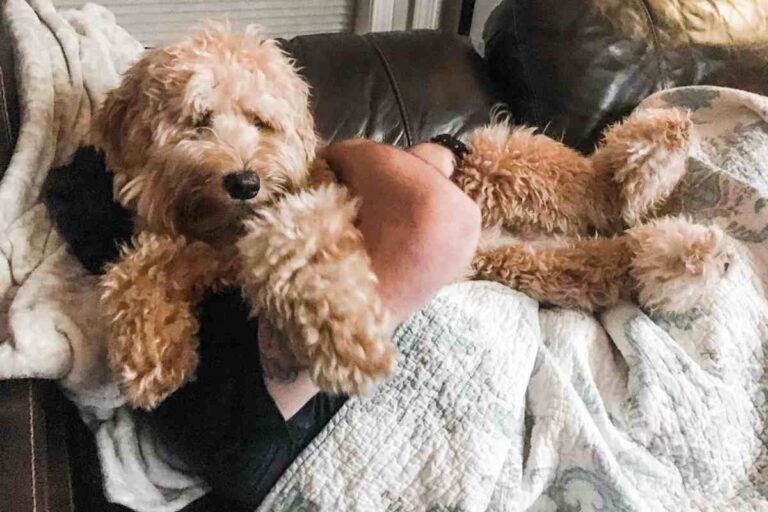 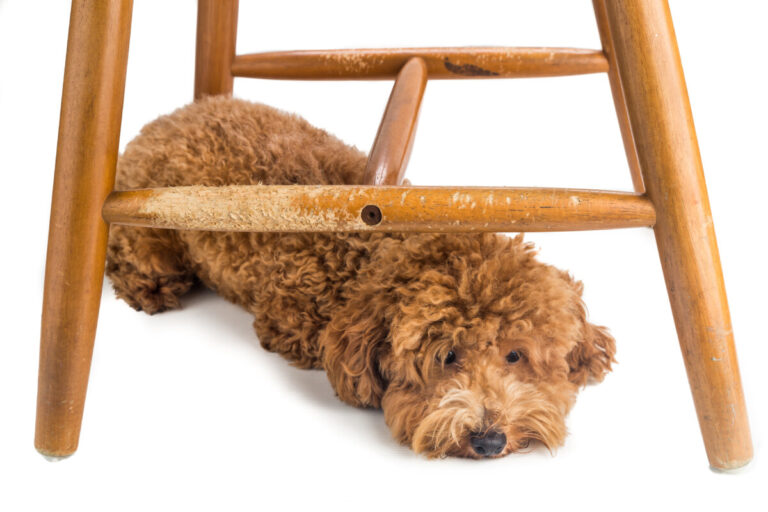 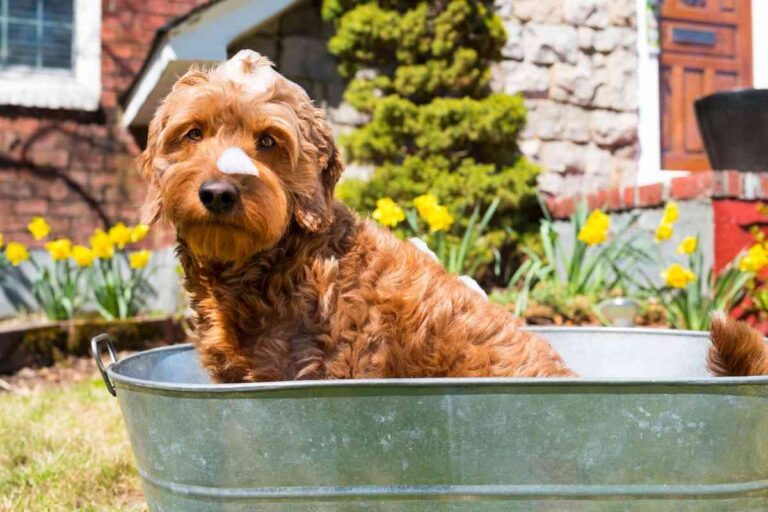